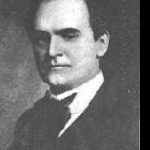 William Walker Atkinson (December 5, 1862 – November 22, 1932) was an attorney, merchant, publisher, and author, as well as an occultist and an American pioneer of the New Thought movement. He is also known to have been the author of the pseudonymous works attributed to Theron Q. Dumont, Swami Panchadasi and Yog Pseudonyms: Theron Q. Dumont, Yogi Ramacharaka, Swami Bhakta Vishita & Swami Panchadasi

William Walker Atkinson (December 5, 1862 – November 22, 1932) was an attorney, merchant, publisher, and author, as well as an occultist and an American pioneer of the New Thought movement. He is also known to have been the author of the pseudonymous works attributed to Theron Q. Dumont, Swami Panchadasi and Yogi Ramacharaka and others.

Due in part to Atkinson's intense personal secrecy and extensive use of pseudonyms, he is now largely forgotten, despite having obtained mention in past editions of Who's Who in America, Religious Leaders of America, and several similar publications—and having written than 100 books in the last 30 years of his life. His works have remained in print or less continuously since 1900.

William Walker Atkinson was born in Balti, Maryland on December 5, 1862, to William and Emma Atkinson. He began his working life as a grocer at 15 years old, probably helping his father. He married Margret Foster Black of Beverly, New Jersey, in October 1889, and they had two children. The first probably died young. The second later married and had two daughters.

Atkinson pursued a business career from 1882 onwards and in 1894 he was admitted as an attorney to the Bar of Pennsylvania. While he gained much material success in his profession as a lawyer, the stress and over-strain eventually took its toll, and during this time he experienced a complete physical and mental breakdown, and financial disaster. He looked for healing and in the late 1880s he found it with New Thought, later attributing the restoration of his health, mental vigor and material prosperity to the application of the principles of New Thought.

Some time after his healing, Atkinson began to write articles on the truths he felt he had discovered, which were then known as Mental Science. In 1889, an article by him entitled "A Mental Science Catechism," appeared in Charles Fill's new periodical, Modern Thought.

By the early 1890s Chicago had become a major centre for New Thought, mainly through the work of Emma Curtis Hopkins, and Atkinson decided to move there. Once in the city, he became an active promoter of the movement as an editor and author. He was responsible for publishing the magazines Suggestion (1900–1901), New Thought (1901–1905) and Advanced Thought (1906–1916).

In 1900 Atkinson worked as an associate editor of Suggestion, a New Thought Journal, and wrote his probable first book, Thought-Force in Business and Everyday Life, being a series of lessons in personal magnetism, psychic influence, thought-force, concentration, will-power, and practical mental science.

He then met Sydney Flower, a well-known New Thought publisher and businessman, and teamed up with him. In December, 1901 he assumed editorship of Flower's popular New Thought magazine, a post which he held until 1905. During these years he built for himself an enduring place in the hearts of its readers. Article after article flowed from his pen. Meanwhile he also founded his own Psychic Club and the so-called "Atkinson School of Mental Science". Both were located in the same building as Flower's Psychic Research and New Thought Publishing Company.

Atkinson was a past president of the International New Thought Alliance.

Throughout his subsequent career, Atkinson wrote and published under his own name and many pseudonyms. It is not known whether he ever acknowledged authorship of these pseudonymous works, but all of the supposedly independent authors whose writings are now credited to Atkinson were linked to one another by virtue of the fact that their works were released by a series of publishing houses with shared addresses and they also wrote for a series of magazines with a shared roster of authors. Atkinson was the editor of a